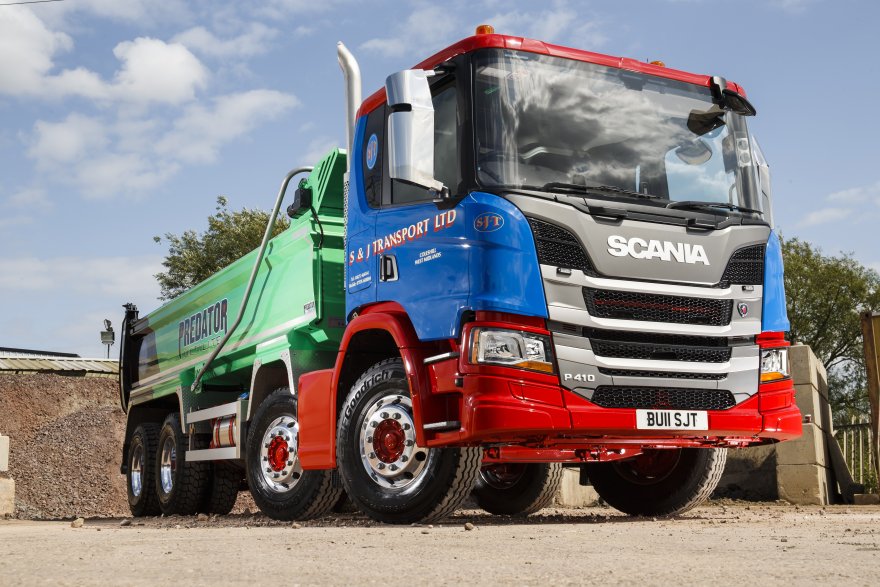 Family run bulk haulage firm S&J Transport is adopting a 100 per cent BFGoodrich tyre policy across its fleet of rigid and articulated tippers – replacing a practice of fitting budget tyres, which was resulting in frequent tyre damage.

The intensive nature of the fleet’s work – each tipper covers between 100,000 and 120,000 km per year – involves long motorway journeys followed by collections and deliveries into quarries, construction sites and landfills. Common issues were sudden tyre failures and damage resulting in bulges on the sidewall, which couldn’t be repaired.

Brian Adams, who runs the workshop at Coleshill-based S&J Transport, says: “Previously we were fitting predominantly budget tyres as this lessened the financial impact of a tyre failure; but after trialling some of the new BFGoodrich fitments we’ve found we’re getting far better uptime. It’s having a positive impact on our tyre expenditure, fleet efficiency and overall safety.”

S&J Transport has even removed the 295/80 R22.5 tyres which came as original equipment on its latest 19-reg Scania 8×4 tipper, electing to replace them with a set of 315/80 R22.5 BFGoodrich Cross Control tyres – designed for on/off road work in challenging conditions.

“They’ve transformed the Scania,” says Adams. “The new truck came on steel wheels, but we’ve bought a set of aluminium wheels to go with the new BFGoodrich rubber and the truck looks fantastic. It’s a much more aggressive tread pattern to give us the traction we need when the going gets tough. The drivers like them; and switching sizes has pushed up the ground clearance too.”

BFGoodrich supported the introduction of the new policy by conducting a vehicle weighing exercise on the firm’s latest Scania. Michelin Technical Manager Steve Jones, together with Account Manager Kaycee Patel weighed a sample of laden vehicles to supply bespoke optimum cold tyre inflation pressures for the fleet; a process which helps to ensure the customer enjoys the maximum performance from its new tyres over a long life.

The BFGoodrich commercial vehicle tyre range was launched into UK and Irish markets in January 2018, and is available across a European network of more than 3,000 professional dealers. The brand’s commercial vehicle range had previously only been available outside of Europe – selling an average 1.6 million bus, coach, truck and trailer tyres per year. 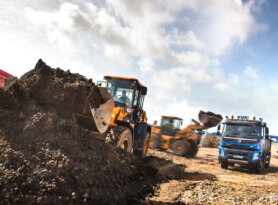 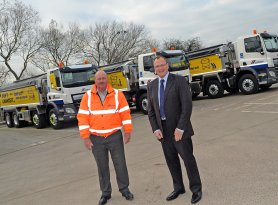 JOST UK is to supply Edbro hydraulic systems for 57 new aggregate tipper lorries ordered by CEMEX, one of the foremost companies in the UK ... 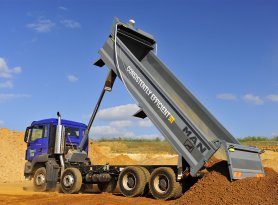 Coined the ‘8x4x4’ warranty, MAN offers a four year warranty on rigid tipping bodies from Thompsons Group in its Trucks2Go programme. The ... 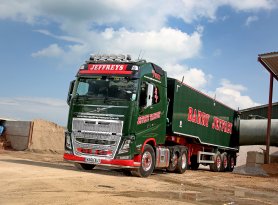